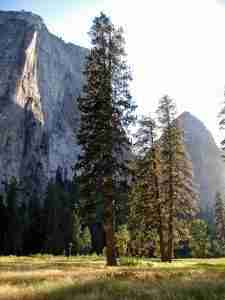 Where does the substance of a plant come from? From the soil?

Johann Baptista van Helmholt did an experiment in the early 1600’s to find this out.  He carefully weighed the soil in a pot, then grew a tree from seed in it.  For five years he let it grow without removing or adding any soil, just adding water. At the end of the five years he dug up the tree and carefully removed all the soil from it. He weighed the tree and found it weighed 72 kg. Then he weighed the soil to see how much had been incorporated into the tree. The soil had lost just 60 grams.

It’s not what you might guess. Even the largest redwoods are made almost entirely out of air and water! But the fact of the matter is that those small amount of nutrients that come from the soil are in fact critical. Plants can’t grow and reproduce without them.

There are 17 identified elements that are necessary for plant growth.  Three of them, carbon, oxygen and hydrogen, are the fundamental building blocks of life on Earth. These are taken up by the plant as water through the roots and the air, and as carbon dioxide and oxygen from the air. These three elements go into making most of the 72 kg mass of Johann’s tree.  The rest are discussed below.

Nitrogen is the most common element to limit plant growth in a natural system. It is a major part of all amino acids which are the building blocks of proteins. It is a part of enzymes, which control processes in the plant. It is essential for carbohydrate use in the plant. It is essential for chlorophyll. Nitrogen in ample supply stimulates root growth and the uptake of other nutrients. It contributes to how succulent lettuce and radishes are. It directly affects yield. Despite the Earth’s atmosphere being 78% nitrogen, plants cannot absorb it directly from air. Instead it is absorbed from air pockets in the soil via nitrogen fixing bacteria or from decaying organic matter. It is best to avoid nitrogen deficiency by ensuring you have an ample supply of organic nitrogen in the soil.

Phosphorus is part of DNA, which controls genetic inheritance, and RNA which directs protein synthesis. It is an essential part of the compound ATP (adenosine triphosphate) which is called “the energy currency”. ATP moves inside the cell and between cell and has the ability to both store and release energy. Energy is released when ATP loses a phosphate group, becoming ADP (adenosine diphosphate).  ATP is created during photosynthesis when ADP gains a phosphate group. Adequate phosphorus is associated with flowering, fruiting, including seed production, and bringing fruit to maturity. Phosphorus deficiency can be a problem in many soils, especially in high pH soils with inadequate soil biology.

Sulfur is part of some of the amino acids and vitamins such as thiamine and B1. Protein enzymes that regulate photosynthesis and nitrogen fixation use sulfur. Sulfur is an essential ingredient of the aromatic oils that give cabbage and onions their flavor. Legumes, the cabbage family and onions all require relatively large amounts of sulfur. Sulfur deficiency is to be avoided, however understanding how much to apply can be somewhat complex.

Calcium is a major component of cell walls in plants, giving cells much of their stiffness. It is involved with cell elongation and division and in the activation of some critical enzymes. Calcium is critical for protecting the cell from toxicities of other elements. It is taken up almost exclusively by the growing root tips. It moves up through the xylem (the upward-going liquid transport system in a plant) rather than down and out to fruit through the phloem (the downward-going liquid transport system). Calcium deficiency results in a number of problems in the plant.

Magnesium is at the center of every chlorophyll molecule and so it is critical for photosynthesis in the plant. It also plays a critical role in the synthesis of oils and proteins and in the enzymes involved in energy metabolism. Magnesium deficiency is more common than calcium deficiency.

Potassium is not incorporated into the structure of the plant but instead remains in solution in the cells or acts as an activator for cellular enzymes. It is essential for photosynthesis, protein synthesis and nitrogen fixation in legumes. It improves starch formation and helps to produce plump tubers. Potassium plays a critical role in reducing water loss from leaves and increasing the ability of the roots to take up water. Adequate amounts of potassium help plants adjust to environmental stresses such as drought, cold, resistance to fungal disease and tolerance of insect pests. It improves flavor and color in fruits and vegetables. Potassium, along with the other cations, calcium, magnesium and sodium, should be balanced. Potassium deficiency is to be avoided.

Chloride is essential for photosynthesis and enzyme activation and plays a role in water uptake on salt affected soils. Chloride is generally present in adequate amounts in soil and water, especially in treated municipal water.

Boron is involved with cell division, water uptake and sugar translocation in the plant. It is associated with calcium and calcium uptake. It has higher requirements during reproductive growth and so it helps with flowering, pollination and fruit and seed development. Boron deficiency can occur repeatedly in susceptible soils since is a mobile anion.

Iron is involved in the synthesis of chlorophyll and it helps maintain the chloroplast structure and function. It plays a critical role in DNA synthesis and respiration. It is a component of several vital enzymes. Because of its involvement with chlorophyll, iron deficiency can normally green leaves to turn yellow.

Zinc is responsible for activation enzymes that work to form certain proteins. It promotes growth hormones and starch formation. It promotes seed maturation and production. Zinc and phosphorus optimum levels are linked in the soil, with high phosphorus availability inducing zinc deficiency in soils that are marginally zinc deficient.

Copper is required in the process of photosynthesis, is essential in plant respiration and assists in the metabolism of carbohydrates and proteins. It actives enzymes responsible for the production of lignin and helps prevent lodging (stalks falling over in wind or rain) in cereal crops. It plays a part in nitrogen utilization in the plant. It is important to have a soil test and ideally, a tissue test, in order to correctly diagnose a copper deficiency.

Manganese activates certain enzymes responsible for nitrogen assimilation. It contributes to photosynthesis and respiration. It is involved in pollen germination, pollen tube growth, root cell elongation and resistance to root pathogens. Manganese and iron compete for uptake in the plant so it is important to have a soil test for appropriate levels in order to avoid both manganese deficiency and toxicity. Manganese toxicity is especially a problem at pH levels below 5.5.

Molybdenum is essential for nitrogen fixation and nitrogen assimilation.

Nickel is essential for the function of several enzymes, including the one that breaks down urea into ammonia and carbon dioxide.

In addition, there are several beneficial elements:

Sodium is not essential but aids in metabolism and synthesis of chlorophyll. In some plants it can replace potassium to aid in the opening and closing of stomata, helping to regulate water balance. There are no sodium deficiency symptoms because it is not a necessary nutrient.

Silicon benefits plants that are under stress, such as drought stress. It improves the plant’s ability to resist micronutrient toxicities. It can improve stem strength to help reduce lodging, or the tendency of grains to fall over in wind or rain. It can delay onset of certain fungal diseases such as powdery mildew and phytophthora.

Cobalt is needed to synthesize vitamin B-12 which is necessary to form hemoglobin. The hemoglobin content of legume root nodules is directly related to nitrogen fixation.

Selenium is not essential for plant growth but is essential for human and animal health. Selenium protects the plant from stresses such as cold, drought, desiccation and higher levels of metals. However, selenium levels may be high enough to be toxic in some soils and can be made worse by irrigation water containing selenites. 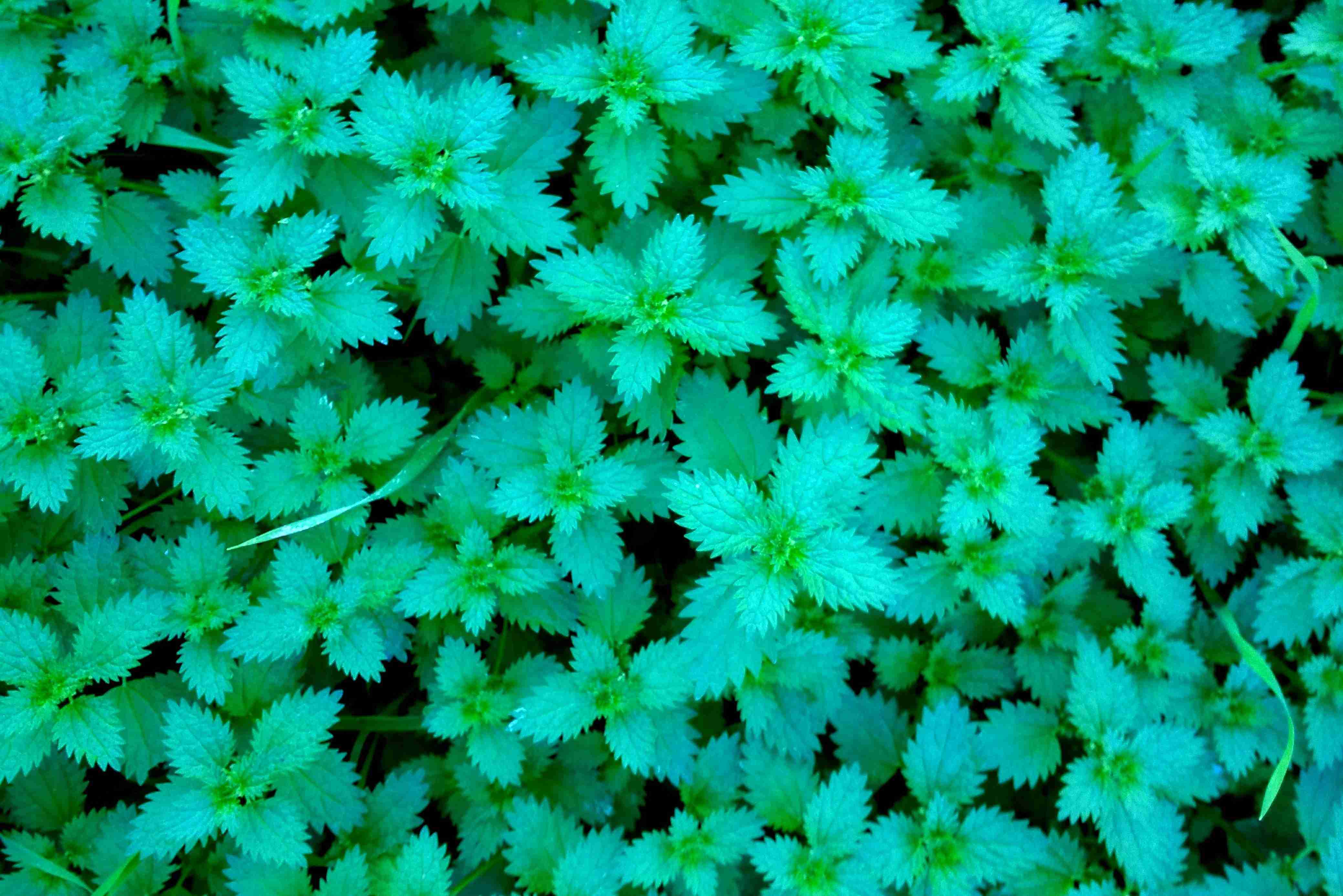