The adjustments I did last year following your recommendations made a huge difference on the quality of the crops.

The vegetables were excellent this year. My customers all loved them declaring that they taste better and last longer than anything that they have had so I credit the strategies learned through your website and the Intelligent Gardener.

The first time I got a recipe for amending the soil in my new raised garden bed, I followed the recipe and sprinkled it over the soil in the box. Then my husband used lumber scraps and built a second box. I didn’t bother amending it. I bought vegetables in the little 4-paks that year but had too much to fit in the one amended box. I decided to put a couple of each kind in the amended box and then, without even thinking that I was setting up a perfect control group, put the extra plants in the unamended box. The difference between the plants in the amended box was astounding! They were very tall and deep green and the vegetables produced there had much more taste. The photo is one leaf from a zucchini in the amended box in comparison to the zucchini plant in the unamended box. The other photo is the amended bed. Everyone who experienced my garden that summer is amending their soil!

I’ve had a volunteer, Eric who has been actively using his brixmeter on various fruits and veggies around the county. He’s experimenting with conventional, vs. pesticide-free, vs. organic veggies. I’m happy to report that our squash scored a very high 14 out of 15 and our carrots also the highest of all those he tested. Much of it is due to the soil analysis which Erica conducted and the follow-up of supplements/nutrients we applied to the field and other areas.
http://branchmillorganics.com/

My goal is to improve health through fertile soils, not to get bogged down in doing garden soils. I want a revolution NOW! Your site is a means to getting fertile soils.

I love the calculator and the personal touch you put on the report. Thanks for this service, it is invaluable to me, absolutely!

Erica and Alice,
You helped me back in December (2013). I had applied Solomon’s COF earlier in 2013 then followed your recommendations and applied your suggested amendments during the winter.
My garden, in past years, has been plagued by pests most notably stink and harlequin bugs with some squash bugs and cabbage loopers thrown in for good measure. This year, so far, I have spectacular lettuce and spinach (the best I have ever grown, by far) and brassicas that don’t seem to be getting much attention from the cabbage moths. I have only seen one harlequin bug so far. The real test for me will be to see how my tomatoes do against the stink bugs and their onslaught that usually begins in July.
I bought a refractometer to check brix. My results have been not as high as I hoped (lettuce-4, spinach-5, kale-9) but I don’t have any previous data to which to compare these values. I haven’t had a chance to try foliar feeding and am not sure if I will do it anytime soon. I would rather depend on my soil.
I will most definitely be testing my soil again this winter and enlisting your assistance again.

This is the first year that I’ve used OrganiCalc to plan the fertilizers that I apply to my garden. I had always considered my vegetables to be pretty good, and I often received a lot of compliments from other people.
But – holy smokes – my first crops in my re-mineralized beds are strikingly different than I’m used to. These are Red Russian and Toscana kales. Gorgeous blue-green coloring, and the leaves feel about twice as thick as normal. They are incredibly crisp and succulent! I’ve never grown or bought kale that looks or feels like this, and I’ve gardened for decades.
And, despite the fact this it is now late spring with temps up near 80 F, I’m not finding any bitterness in the kale – whether steamed with other veggies, or blended raw in a green smoothie.
So far, no cabbage worms or cutworms either – my major pests for this crop. Of course, that may change as the weather continues to warm up. We’ll see.
I’m really looking forward to seeing how my other crops do this year! Thanks so much for sharing your knowledge and experience with re-mineralization.

So far so good with the garden!
Some feedback. I really like how easy it is to use. I had already bought my amendments for the year so I had to convert some of the recommendations. I will be testing again in the fall and am looking forward to seeing the results. I really appreciate all the work that you have done. This is a great tool and I am recommending it to many of my friends. This makes the process of remineralizing so much simpler and easier.
Keep up the good work and many thanks.
www.BroadforkFarm.net

Hi Erica – I don’t know that my feedback will be very useful yet, as I’ve only used Organicalc for the first time this year. However, I will say that the broccoli, peas, and fava beans I planted in the 100 s.f. plot I used Organicalc for are doing amazing! They’re super green, showing absolutely no signs of disease so far, and are growing really fast! We’ll see how it goes as the season continues but atm I’m very impressed and satisfied! 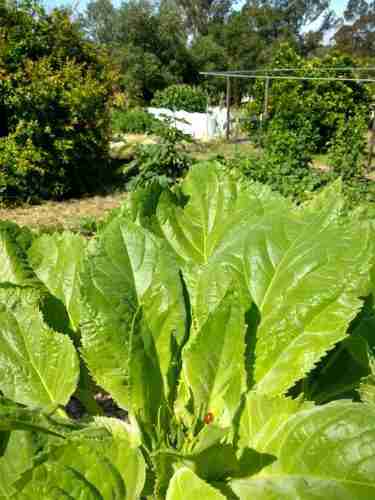