TCEC – what does it means? 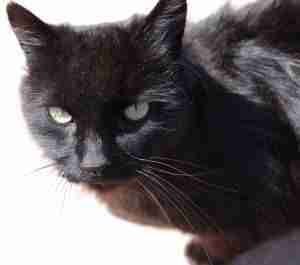 TCEC, CEC, TEC, exchange capacity — it all has something to do with soil and the ability of soil to hold nutrients. But really, what do soil scientists mean by TCEC?

Let’s start in the middle with the cations, some of which are essential plant and human nutrients. Technically, cations are positively charged atoms (ions). This means that they naturally have fewer electrons than protons, giving them a positive electrical charge. Since they have a positive charge they are attracted to things with a negative charge. Once they find a negative charge they will stick to it, unless they get enough energy to come unstuck. It’s the electrostatic force that holds the positive and negative charges together.

The nutrients in the soil that are naturally cations are calcium (Ca++), magnesium (Mg++), potassium(K+), sodium(Na+). Other common cations in the soil solution are hydrogen (H+), aluminum (Al+++) and iron (Fe++). A number of micronutrients are also cations, such as manganese (Mn++), zinc (Zn++) and copper (Cu++). 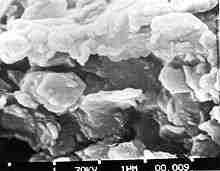 SEM image of about 5 x 5 microns of clay.

In this example sand particles are about 100 times bigger than clay.  Here is the interesting part… The size of the soil particles greatly affects the number of cation exchange sites a soil will have. Sand particles can be 25 to 1000 times larger in diameter than clay so the surface area of the clay particles is much larger than the surface area of sand. Clay is made up of little sheets of minerals (that’s what makes it slippery), and there are many negative sites along the edges of the stacked sheets to capture cations. Silt is made up of soil particles that are bigger then clay but smaller than sand.

This is illustrated below where clay is a busy place with lots of cations moving around in and out of the soil solution. Sand, on the other hand, is just a big rock with a few cations on it and not as much opportunity for the cations to move in and out of the exchange sites. 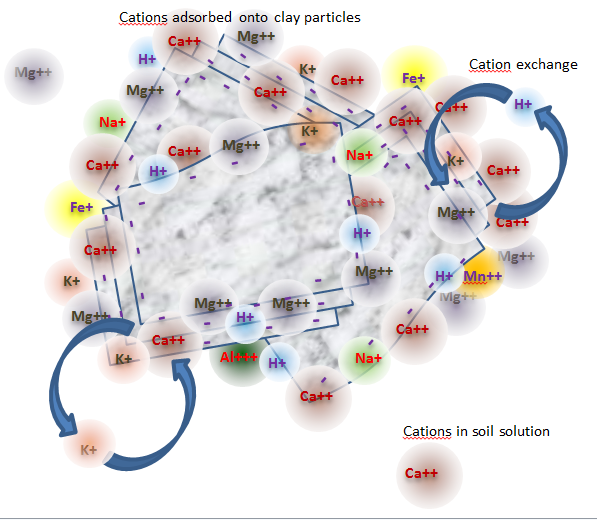 Clay has lots of exchange sites with opportunities for cations to move in and out of the soil solution. 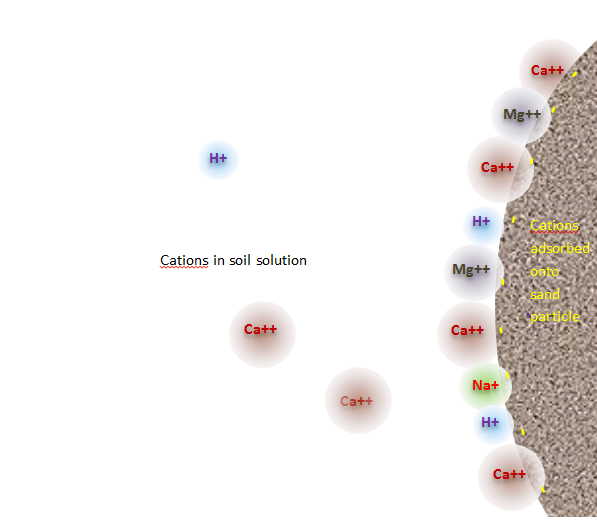 Sand has relatively few exchange sites with less opportunity for cations to move in and out of the soil solution.

Humus, the stable organic molecules in the soil, are great at holding cations. They are made up of hydrogen, oxygen and carbon in complex chains, and they have plenty of negative charges sticking out. The trouble is that most soils are not made up of humus.

Don’t think you can grow your garden in raised beds of just compost and have great fertility! Compost is not humus! Humus is the end product of the decomposition of organic matter and is not to be confused with what they sell in bulk at the garden supply shop.

Natural soils have about 2-10% humus and a mineral content of about 50%. So even though humus has great exchange capacity there is about 10 times as much mineral as humus in the soil. So the bulk of the exchange sites in soil will be on minerals, not humus.

Now to get to the point. TCEC is a mathematical definition based on measurements of the pH and the amount of Ca, Mg, K, Na in a given volume of soil. Even though it is nice to think about how many cation exchange sites you have under your feet, a TCEC value won’t tell you. What it does tell you is how much calcium, magnesium, potassium and sodium you have in your soil for your pH and it is import for understanding your cation balance.

TCEC is a great tool for measuring the overall presence of the “big four” cations at your pH. If you garden in sand or leached out clay your TCEC will likely be low, even less than 5. If you are in clay, your TCEC will be high, perhaps more than 25. If you are growing on loam or in sandy loam or clay loam, your TCEC will probably be between 5 and 25.

If your TCEC is low, don’t despair! Your soil will probably require frequent feeding, perhaps several times during the growing season. It’s helpful to take a sensible approach to increasing the amount of humus in the soil by gently feeding the biology. Your soil won’t hold as many cations, so balancing and monitoring them will be important.

If your TCEC is high, great! You will be able to hold a good reserve of minerals for a long time. It may take a few years to get the exchange sites loaded up the way you like them, but your soil has great potential.

A great way to supply a good balance of cations is by testing your soil and remineralizing it.  Organicalc makes that easy. 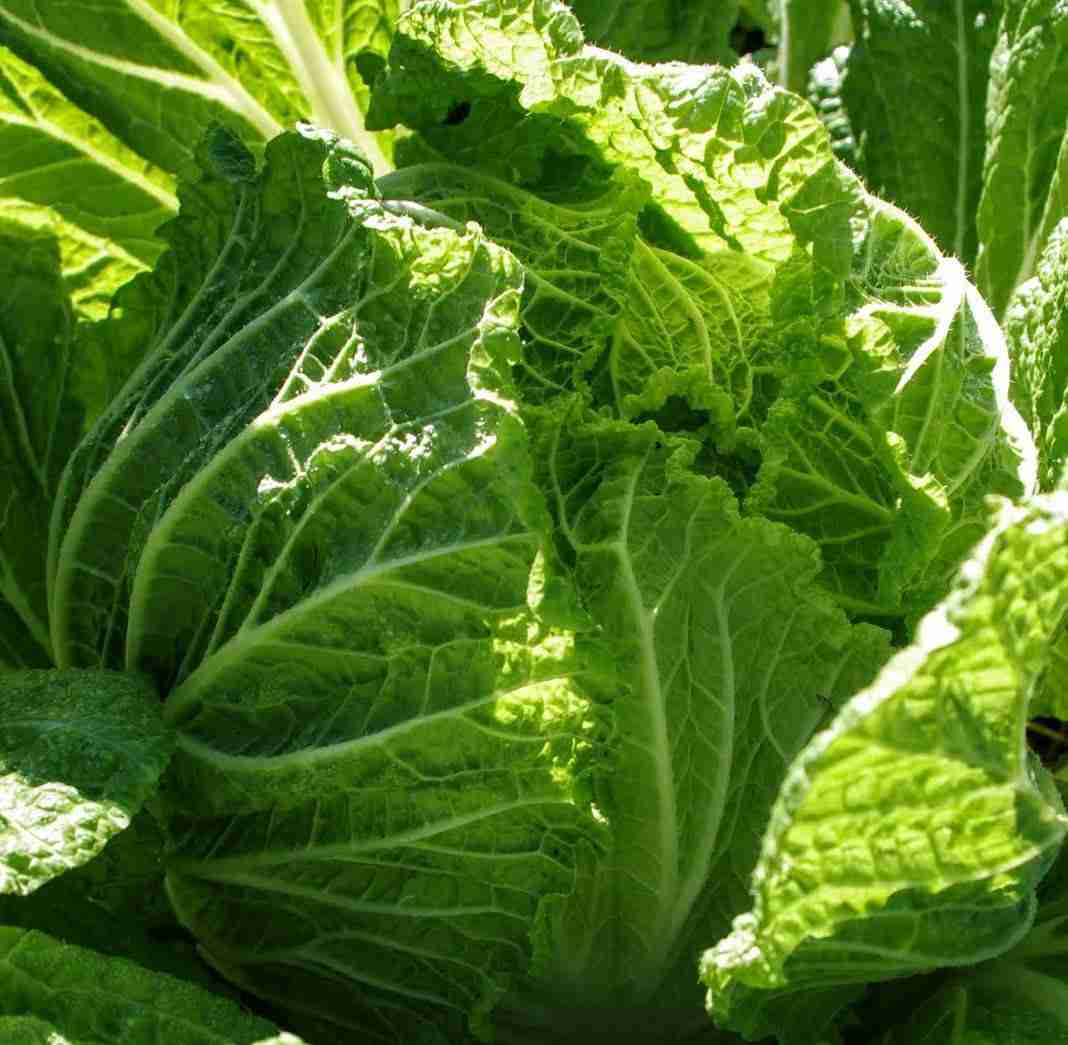