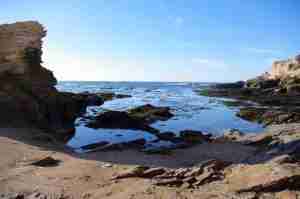 Sodium (Na) is required by plants in only very very small quantities, or not at all. It is never deficient. In fact, it is toxic to plants, and they will sequester it in their membranes. This maybe tastes great to animals, which require sodium and chloride in quantity. The alternative to applying salt to your soil is to get your salt out of a shaker.

We have changed our Na recommendation since the book was published. If you are in a humid climate you can add Na (in the form of sea salt) if you like without harm; up to 1 or even 2%. The trace minerals in sea salt might be just what your plants need. If you are applying sea salt for the trace minerals, you might want to investigate Sea-Crop. Sea-Crop is a salt water concentrate with most of the sodium removed.

If you were in an arid climate, as many are, adding Na is/can be harmful, as there is already too much in the soil and water. So, we have changed our default recommendation to 0% Na.

If you live in an arid climate, you really should have a salinity test run on your soil at least once. The test is usually called as an EC (electrical conductivity) test. Saline soils are not the same as sodic soils, though some soils are saline and sodic.

If your soil test shows lots of sodium (more than 3%) or high electrical conductivity, don’t rush into remediation. Irrigate, resample, and retest. One can add lots of gypsum to the soil, then lots of water, to try to flush away the Na. But, you need to confirm this is really necessary. It’s too big a remedy as the result of just one test. It’ll take lots of nutrients with it. Also, you need a water test. Na is likely coming in with the irrigation water.

Different crops react differently to excess sodium. Even some varieties can be more salt tolerant than other varieties.