We tend to think of soil as being a mixture of clay, loam, sand, organic matter, soil biology and of course air and water. But what happens when soils or growing media are predominantly organic matter? Peat based potting mixes are a prime example of this. Plants still need all the nutrients they would find in mineral soil, and these must be supplied to support healthy growth. Is it appropriate to just add missing nutrients at the rate we would in mineral soil? Are there differences between mineral and “organic” soils that affect nutrient availability?

The answer is yes. Organic soils such as muck or peat are found in nature and have been studied to determine their characteristics, and the term “organic soil” refers to soils with >20% organic matter. According to this source, organic soils lack the aluminum, manganese and iron compounds found in mineral soils. These compounds are notoriously responsible for lock up of phosphorus in mineral soils. 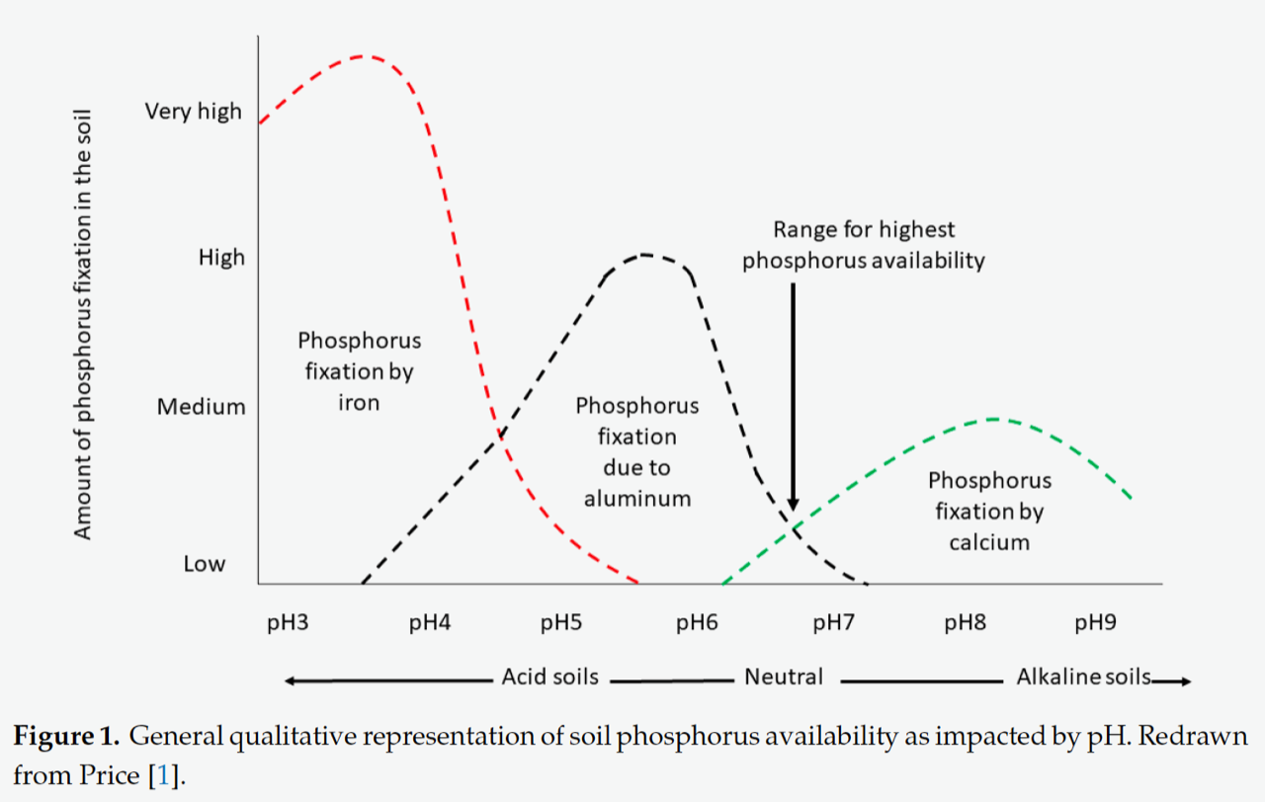 The figure above shows how phosphorus is tied up in the soil due to various processes. Phosphorus fixation due to calcium is substantial at pH 7 but drops off for pH below 6. In the absence of fixation due to aluminum, more phosphorus may be available below pH 6 than above it. Figure from this source.

Organic soils also behave differently from mineral soils with respect to how phosphorus is held. Phosphorus is an anion and as such cannot be held on cation exchange sites. And since in organic soils with pH less than 6 it does not form compounds, there are fewer ways for it to be held in the soil. Solution-held phosphorus can leave the root zone with water. This source recommends small frequent applications of phosphorus to peat soils that are subject to leaching.

One concern about lowering the pH target of an organic soil is the known issue of manganese toxicity at low pH in mineral soils. It does not appear that this would be the case in organic soils. Both iron and manganese form complexes with organic matter which may limit the availability of both elements to plants, even at pH < 5.5. This source also mentions that soil organisms can tie up manganese in less available forms.

Natural organic soils such as muck and peat soils have been studied and mineral availability versus pH charts have been developed. One set of charts from this source shows the differences. We have redrawn the mineral soil availability to more closely match the one in The Nature and Properties of Soils, 14th Edition by Brady and Weil. 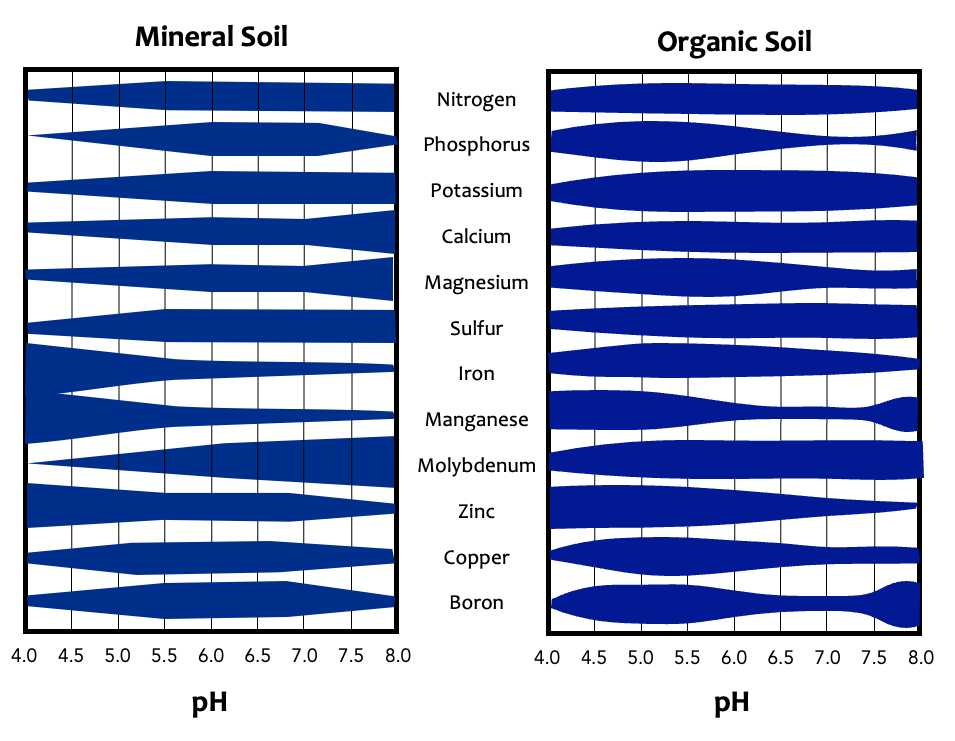 “Soilless media have a maximum availability of nutrients at a lower pH, between 5.0 and 6.0 compared to mineral soils where optimum nutrient availability ranges between 6.5 and 7.5.” 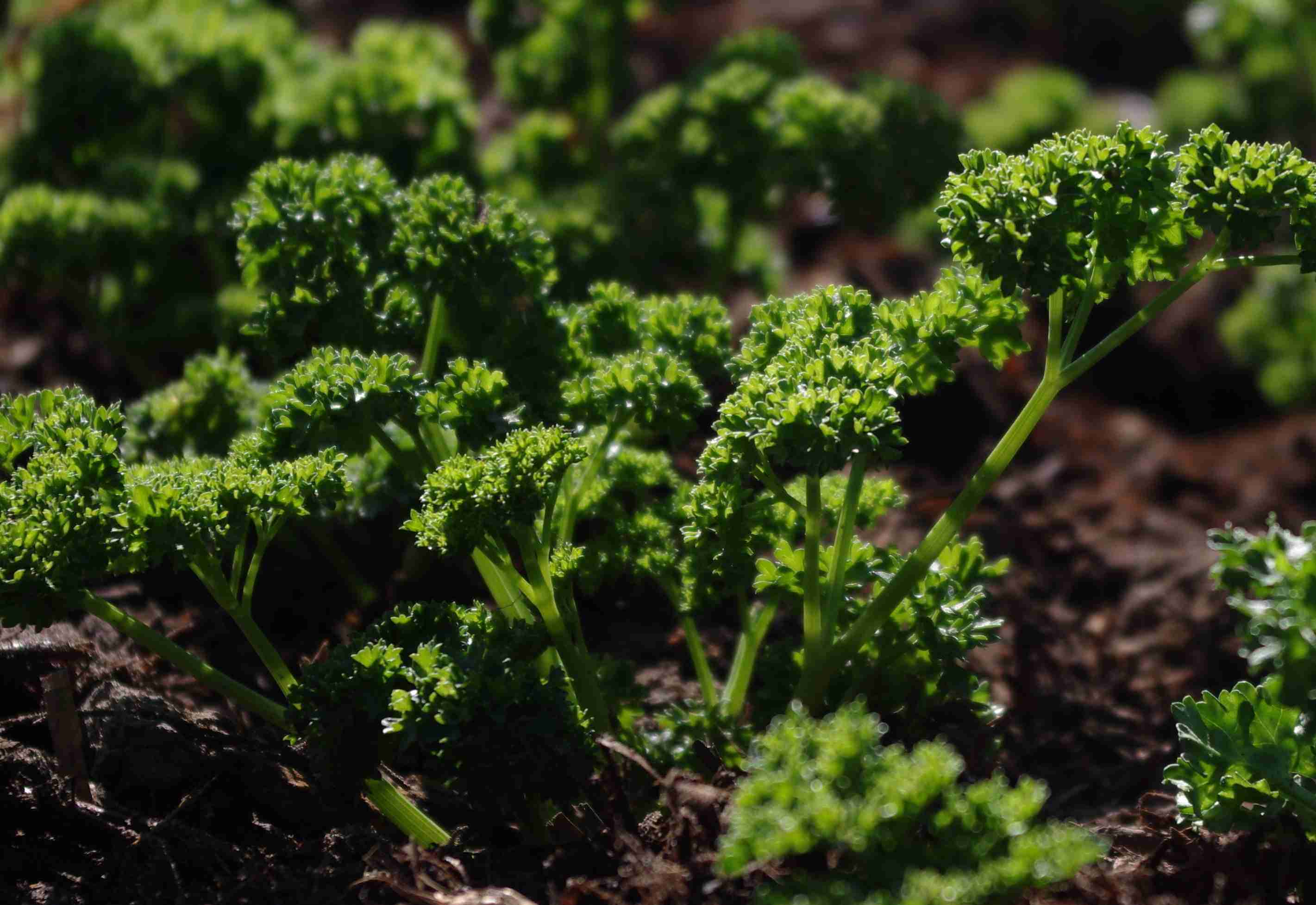